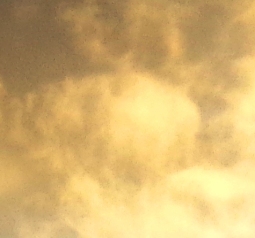 On the eve of the September Equinox 2018 (September 22nd or 23rd, depending on where you’re located around the globe) the subtle energies around the planet are running very high, and the currents flowing through the light-grids associated with the New Earth have continued lightly building over the last ten days.  In 3D layers, intense weather events and vibrational tension in the (human) collective field directly reflect the accelerated convergence of higher and lower (or faster and slower vibrating) dimensional frequencies and reality levels. We’re asked to radiate LoveLight to all beings on Earth, and to Gaia’s heart, as the powerful subtle message of equilibrium within the rebirthing goldenprint coded into the planet’s ‘grail nodes’ flows through this Equinox Gateway….which feels very highly amplified, as all strong alignment moments have this year.

To connect with the rebirthing light aligning deeply through this Gateway, we’re going to go ‘far out’ today, then bring the focus into the local Solar System and Earth view, and thread the door with Golden Solar Light, encoded with restoration of the original unity-in-love that is infinitely, continuously radiating from the Source of all Creation. To feel how these ‘encodings’ come through a particular vibrational principle, to ignite what was left seeded in sacred light points in various moments and locations around the Earth, for this time on the planet, let’s spread our soul-wings out intergalactically.

Soul is everywhere. Everywhere there is life, in any dimension or universe, there is soul essence, focus points through which Source/Spirit is expressing itself as energy, light and form, whether at the scale of a human or a galaxy. Our local galaxy, the Milky Way, is one ‘soul cell’ among a great family of galactic cells within the Virgo Cluster of galaxies, which is one of about a hundred thousand galaxies within a galactic supercluster that has been named Laniakea by astronomers (a Hawaiian word meaning ‘immense heaven’). 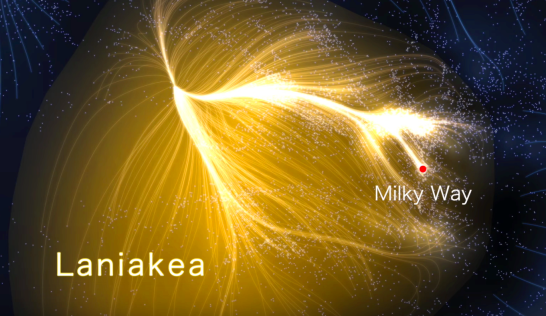 And Laniakea is just one galactic supercluster among many, each with its own vibration, flowing through subtle and physical aspects of a vast family of Oversouls, akin yet each with a distinct emanation of soul qualities that are bathing every soul cell dwelling within their particular mantle of attributes. The soul of Laniakea, I hear and feel, is pulsing golden-white phoenix light; a constant message of divine renewal, resurrection, regeneration and rebirth, which reverberates through all life here, flowing through the Virgo Cluster to the Milky Way, through our Sun, to the planets, to all beings, and whether active or latent, quietly vibrating through our Light DNA.

As this phoenix regeneration message filters through the Virgo Cluster, it ‘births’ through the ‘Virgin Mother’ (Virgo = virgin, seen/intuited by the ancients as the Grain Mother, Ceres, hence in depictions of the astrological sign for Virgo, the goddess carries sheaths of grain)….which has reflected into this sphere in close relation to rebirth and resurrection through the Virgin Mary and her divine conception of Jesus, through Isis and her divine conception of Horus (from Osiris before his regeneration), through the ancient Bee Goddesses (bees were believed to reproduce by parthenogenesis/self-fertilization, from the Greek word ‘parthenos’ = virgin) and renewal through the ‘golden nectar of the gods’.

Right now, with a high vibrational Gateway open that peaks with the Equinox flowing straight into Full Moon (which by the way, in the northern hemisphere is called the ‘Harvest Moon’, the gathering of the grain), this continuous Light imbued with phoenix soul qualities is streaming and available to a newly heightened level. To receive it to the depth that is optimal for you right now, just allow yourself to feel your whole being as a vessel of love, relaxing in total trust, naturally designed to embrace and integrate the rebirth-catalyzing light that flows with vibrational encodings perfectly matched to all its ‘receiving cells’, which it cherishes and nourishes, whatever form (or formlessness) they are expressing through in this moment.

We are all so Loved, and the light-wings of a great soul of renewal are wrapped around us, around the galactic supercluster we are each a sacred cell within, radiating Divine Light in every moment, each pulse, through this shared creational experience. Breathe, rest, enjoy, feel the embrace…and let the indescribable joy of this Light radiate through you…to All.  The Golden Phoenix Gateway is open! ❤

In our local planetary area, in the weeks leading into this alignment, there has already been so much shifting, releasing and transmuting of very dense energies connected with our neighbour Mars, to open a way for the rebirthing transmission to reach that planetary soul-cell (see previous post)…with deep reverberations through the Earth’s energetic layers and the collective field here. Stay positive and heart-centered through this process, keep a compassionate perspective on 3D tensions and extremes of contrast, and know that from the wider overview, constricted energies are loosening very fast, with great potential for transformation. The light-grids supporting and connecting this interplanetary weaving of Light, and especially the Solar Grid, have been reinforced recently by star family, keeping the light flows moving freely, and on Earth currently shimmering through the Mu/Lemurian light-grid, the Avalon grid, Gaia’s Crystalline Heart Grid, and into the planetary nodes and meridians (life energy channels).

To end this post, we’d like to share some recent photos of orbs around Mars, representing various soul groups who are assisting and guarding the highly providential transition occurring there, working through precise and beautiful coordination, like a multi-faceted, multi-dimensional dance!  🙂  The first two photos show ‘alignments’ of focus and energy toward Mars on September 10th, 2018.

After a big night on the 10th, the following night I took this photo of Mars, showing the hint of a face in peachy-golden light in the centre, with grids visibly peeling away, like fencing being removed, at the right-hand side (see previous post Mars Mission Update for more about this transformation-in-progress).

On September 14th, with Venus and Jupiter aligned brightly with the Moon across to the west from Mars, both Venusian and Jupiterian soul groups appeared in orb form assisting with Mars, firstly a light golden Venusian orb with a rose rim, then a purple-blue Jupiterian orb. 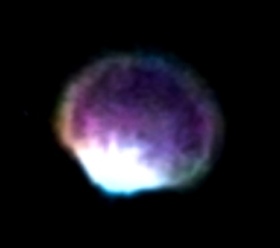 Another large orb appeared beside Mars on September 16th 2018, with soft rose, golden and green vibrations.  At the same moment a cockatoo flew past, forming an alignment to Mars and the orb at that moment, and calling loudly! This type of cockatoo is a pink and grey galah, and on searching for its spiritual meaning, one of its messages is to be spontaneous and fearless in one’s endeavours, and to keep a sense of fun and humour.  🙂

Large orb to the right of Mars, with a cockatoo (pink&grey galah) flying past, in alignment with Mars and orb at the moment of taking this photo, September 16th 2018.

On September 19th, Mars was positioned closely above the Moon, with ships softly visible either side of a close star, forming a beautiful three-point ‘Arc (Arcturians) to Mars’. Thank you all, bridge-builders of Love.

Mars above Moon, with ships either side of a star upper right of the Moon, forming an arc to Mars, September 19th 2018.

Love, Joy and Peace to All,

*An Equinox meditation will be posted at the LoveLight Circle later today, for anyone who would like to join in. Blessings to all Light Anchors on and around the Earth. ❤