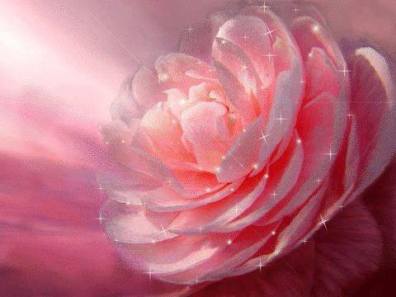 Greetings on this Solar Eclipse day. The eclipse begins in a little over an hour from the time of posting this, and reaches its maximum at 18:25:35 UTC (which for some of us will be the early hours of August 22) with the ‘central focus’ of this eclipse toward the continental USA. From a vibrational perspective, solar and lunar eclipses are catalyst points for releasing ‘shadow’ energies from the collective and individual fields of consciousness, and for aligning and anchoring higher energies. As the shadow of conscious and subconscious thought-forms, limiting beliefs and programmes symbolically and vibrationally peels away, there is always a focus-point of potential to align higher, individually and collectively.

If you would like to join in a LoveLight Circle meditation for the solar eclipse, there’s a meditation and affirmation posted at this link.  Whatever focus you can give from your Heart of pure Love, Peace, Unity and Compassion all helps to build the momentum, beautiful friends…and know that many Beings of Love and high Light are focusing their energies with us across the dimensions.

In the weeks following the star family mission of the 7-7, leading into the August 21 Eclipse and then on to the Equinox on September 23, we’ve seen many higher dimensional portals opening, or re-opening from long dormancy, and many gateways aligning. We’d like to share a few photos from August 5-10 which are connected to openings preliminary (and ‘pre-luminary’) to this Eclipse and Equinox ~ firstly from the activation of a node with some beautiful friends, not far from my home, in the bed of a reservoir. Star family who were guarding this activation signed their presence with a magnificent ‘light sword’ overhead, with a double diamond shape above marking a portal opening. Or vertically, this can also be seen and felt as a ‘light tower’ (grounding the Ascension Light): 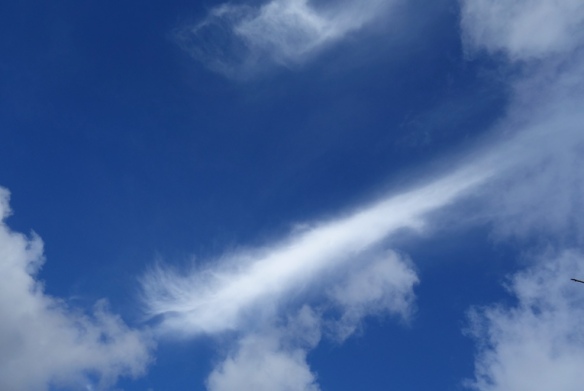 Angelic white light-sword appears above the node, with double diamonds forming above it that represent a portal opening, August 5, 2017. 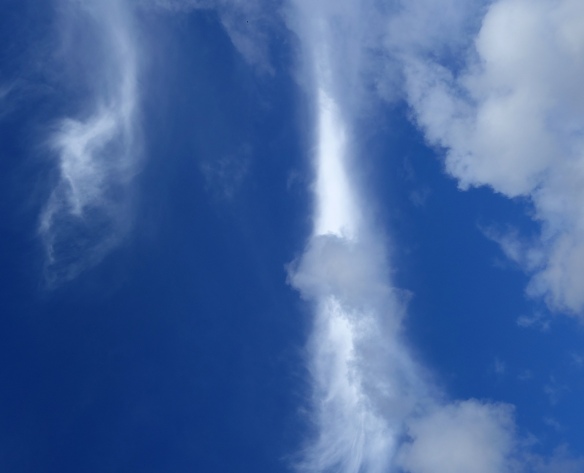 Same light-sword, or light tower, viewed vertically…with a leaping figure forming in the clouds to the left, holding a light-sword or pillar of light (representing a dear Pleiadian star brother named Hamil, captain of the Pleiadian ship Rut’ish, see this page) on August 5, 2017.

The next night, following this activation, a new portal aligned and was visible in higher dimensions as Doorway of emerald green light, or Emerald Gateway, to the east of the stars Alpha and Beta Centauri: 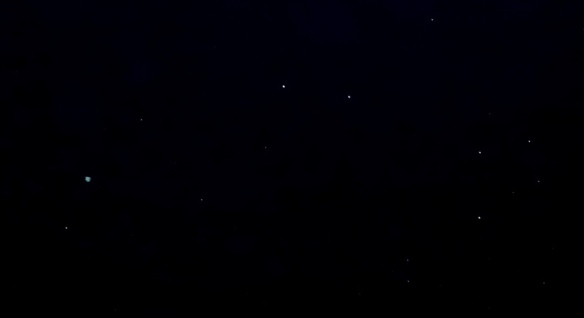 A Green Light Doorway appears lower left of the stars Alpha and Beta Centauri (the Pointers, with the Southern Cross constellation directly to the right of the Door), August 6, 2017.

Emerald Doorway close-up, with hills/mountains in the foreground.

This has several layers of meaning, including the next phase in connection and alignment of ‘surface humanity’ with the people of the Agarthan realms, who live in an ascended vibrational state of unity, love and peace within the fifth dimension of the Inner Earth and do much to assist Gaia’s planetary ascension. The position of the Doorway among stars of the constellation Centaurus has another significance, facing Crux, the Southern Cross ~ as a Gateway of the Christ Light leading into the Eclipse and Equinox energies ~ and as this energy continued to build, on August 10 this beautiful ‘flying Pegasus cloud’ formed (feel the ‘heavenly horse’ connection between the Centaur and Pegasus, where Centaurs represent divine teachers, and Pegasus represents the surrendered ego/humble soul that effortlessly soars through the ‘gates of heaven’). The Emerald Door has deeper symbolism connected with the ascension frequencies flowing within this Universe, which will all become clear in Divine Timing. 🙂

We wish you all a wonderful Solar Eclipse! Hold the joyful intention and vision in your Heart for the highest potential of all that is of Unconditional Love to flow freely through this focus-point and anchor into the crystalline heart grid of Gaia, in unity with all the high light grids and beings supporting the planet, humanity’s illumination in Love, for the upliftment of all life here.

With Love, Blessings and Gratitude,