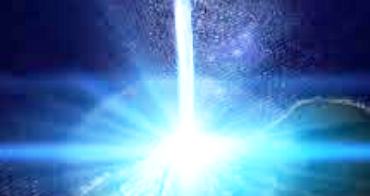 Today we’re updating from the Ascension Light mission of July 7-9 mentioned in this post, which was a sacred, beautifully coordinated star family undertaking. Its completion has given birth to a new Light Tower transmitting Ascension frequencies from a planet of the star Theta Carinae in the Carina constellation, a planet returned now to its original grace and name, Kamura. We send so much gratitude, love and mutual joy to all who took part in or assisted this undertaking in various ways, including those of you who have focused with anchoring the Light of Kamura to Earth, increasing its flow into the crystalline heart grid of Gaia and all the supporting light grids, while this new light also exposes and dissolves energies of the old ego-based grids. This is a very deep transformative process, increasing in amplification as we now transition into the Lion’s Gate period, which will peak on August 8th (8-8)….so the more who focus with inviting and anchoring through our beings as much of the newly available Ascension Light flow as possible, the better for All.

Location of Theta Carinae, home star of the planet Kamura, in the ‘Diamond Cross’ asterism of Carina, showing Crux (the Southern Cross constellation) nearby.

The renewal of Kamura (transformation of the former ‘Set-Hades’ hub) and its restoration to a high vibrational state will continue to have a deepening effect on this region of the Milky Way galaxy and further afield. Our Solar System is receiving a wonderful, direct flow of this Love through Kamura’s sister planetary soul, Venus….radiating to Earth in a constant stream as a gift for our planet’s Shift, while rearranging  energies throughout this and other star systems. Tune in to the continuous Light flowing deep ‘behind the scenes’, and you will become attuned to how that flow is already impacting every level of our beings and the overall planetary vibration.

We’d like to share some photos taken during the period of July 9th to July 16th that show this transformation ‘reflected in the Earth’s sky’, firstly with the Full Moon of July 9th, which was the moment of the re-creation of the Light of Kamura and ignition of its Ascension Light flow transmissions. The 9th was a cloudy night here, and where the moon ascended, a brilliant white pyramid shape formed in the clouds, with a face behind the pyramid which gradually lit to radiant white, until the moon rose above the clouds with a pillar of light forming above it in the photograph. 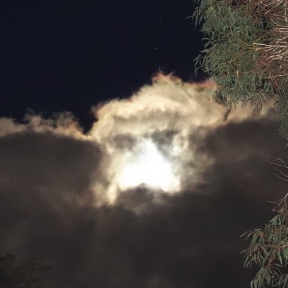 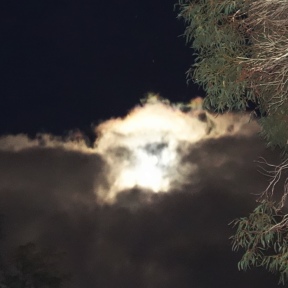 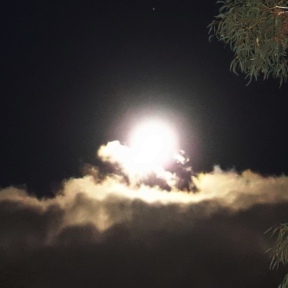 By the next day, July 10th, this Light flow was having a powerful opening effect in and around Gaia’s meridian network, higher dimensional grids, and etheric layer corresponding in 3D with the atmosphere around the planet. Through the afternoon, I and some friends sat outside and watched many lightships overhead, many energies transforming, and the ‘subtle sinuses’ of the planet’s vibrational field opening (pathways of energy flow around and through the Earth’s atmosphere). This was beautifully represented in a cloud-form of a long-robed lady riding on a mythical being, dragonlike yet also phoenix-like….showing a rebirthing of old dragon energies back to freedom in Love. Notice in the enlargement below that the phoenix is flying toward a diamond (on the right hand side), and this open diamond symbolizes the opening of a ‘sky meridian’ pathway. The subtle sinus network of the planet is breathing more freely again…. 🙂 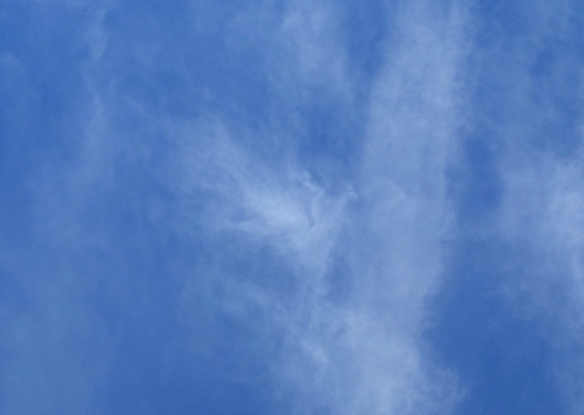 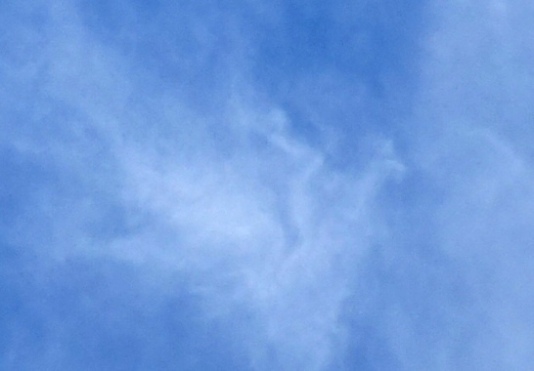 Another beautiful sign of the Ascension Light’s movement around the Earth came on July 16th, with the lightship Meri’Ashar flying completely uncloaked across the nightsky for about four minutes (which is by far the longest open viewing I’ve had since early this year). After a large orb appeared over Alpha Centauri and the Southern Cross constellation, the Meri’Ashar flashed twice beside the Southern Cross (which was where the Ashtar Command fleet had massed in the lead-in to the Kamura mission), then flew south over the roof of the house, before making a wide U-turn which took it up past Alpha Centauri, across the Centaurus constellation, straight overhead and over to the northern part of the sky, where the ship flashed again and winked out near Jupiter. 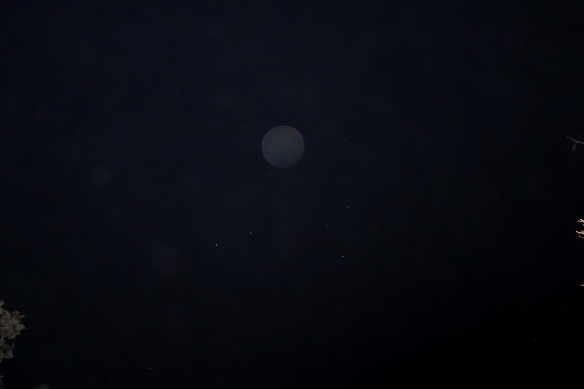 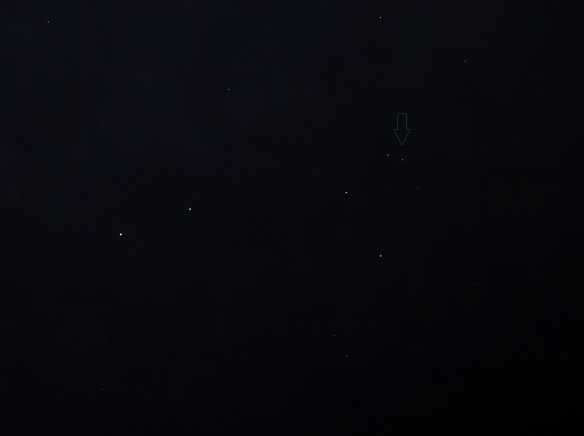 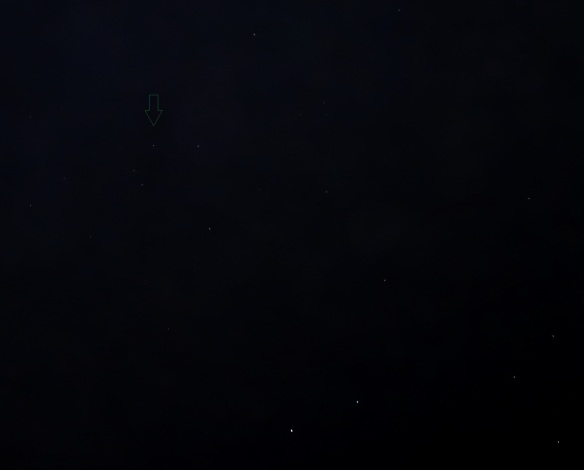 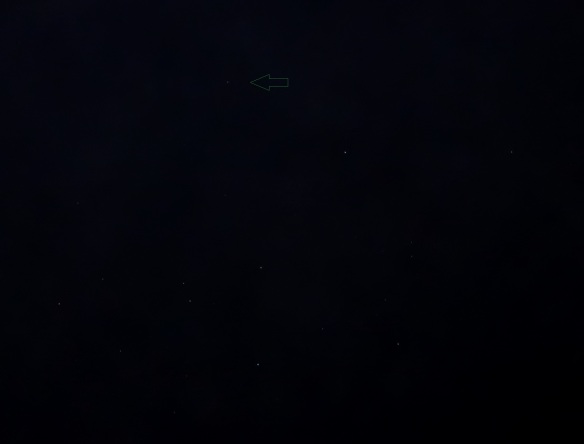 We are now aligning with the soul who expresses his planetary body as Jupiter, through to the symbolic ‘rebirth of Jupiter through the Virgin’ as Jupiter moves across the constellation Virgo (from our Earth perspective) and is ‘born’ through her girdle on September 23, 2017. Because of the transformation and opening of energies so far – now flowing into a very strong Lion’s Gate – Jupiter’s birth through Virgo has a profound and joyful significance this year, which we’ll write about soon.

As the Lion’s Gate vibrationally builds toward the 8-8, we’d like to give a meditation focus that can be used today or at any moment your heart calls to do so. With love and gratitude to the Divine Many guiding, supporting and assisting the planetary ascension of Gaia, humanity and all life here, from higher dimensions. This specific visualization will align with and from the imagery in this picture (aligned through Ashtar’s higher angelic energies). 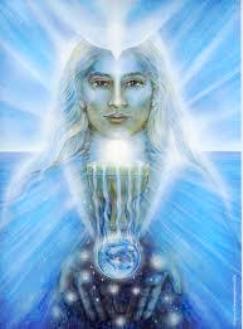 Centre and breathe into your Heart, feel the pillar of pure Light you are, connecting from the Heart of Source to the Heart of Gaia, with unconditional Love for the Earth and all Life here and everywhere. Hold your intention to connect with the 5D Crystalline Heart grid, the Christ Light grid, the Angelic grid, the Phoenix grid and the Unity Consciousness grid, as a pure, free-flowing conduit and anchor for the higher dimensional in-flow of Love.

Within your Heart Centre, visualize a Golden Cup, and that from the Heart of Source a Dove of pure white light is descending, down through the pillar you Are, the sacred spirit of Love….and as it touches the Golden Cup, the Cup begins to overflow with this sacred white light. This light streams in all directions, through your heart and your whole being, bathing you in Divine Love, then flowing out all around the Earth, immersing its whole energy field and all life here in this pure LoveLight.

Feel the Oneness of all Life, held in the protecting blue light mantle of the Angels and Lion Beings, as all life is restored, renewed and resurrected to harmonious alignment with Source through Divine Will and Love….white light flowing continuously through the Golden Cup, through the Inner Golden Sun that we all are, in Oneness with the eternal radiating Joy, Grace and Providence of Source.

(This and other meditations can be found at LoveLight Meditation Circle, they can all be used whenever you like…and of course, if you’d like to join us in regular Sunday meditation focuses, the more the merrier! Our suggested Meditation Guidelines can be read here).

PS: If you’re new to Heart Star and would like to read more about the Meri’Ashar, see this page.

9 thoughts on “The Light of Kamura”