Alpha and Beta Centauri, the Pointers. 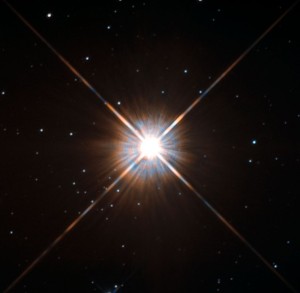 Superb photo of Proxima Centauri from the Hubble telescope, 2013.

Alpha and Beta Centauri, also known as ‘the Pointers’, are visible all year round from the Southern Hemisphere, and the constellation they point to, Crux (the Southern Cross) appears on the Australian flag. Alpha Centauri has also been called Rigel Kentaurus (the foot of the Centaur, being the right-hand hoof) and Toliman, from Arabic for ‘the ostriches’.

The galactic memory signified by Toliman ‘ostriches’ becomes clearer in the light of Australian Aboriginal dreamtime myths of two brave brothers, Alpha and Beta Centauri, who fought an emu or ‘shadow bird’ that flew through the Coalsack Nebula, a dark area between these two stars and the Southern Cross. Now, the ostrich and the emu are the large flightless birds of the African and Australian continents, and it is no coincidence that two ancient cultures thousands of miles apart saw the same form (ie: felt the same energy) from the star Alpha Centauri. There’s a connection going further back, to the prehistoric Moa bird of New Zealand and the continent of Mu/Lemuria, which we’ll go into in another post.

The star Beta Centauri was also named Hadar, ‘ground’, and Wazn, ‘weight’. The grounded weight of a flightless bird? The Aborigines saw the emu stretching across that whole galactic sector, with its head over the Coalsack Nebula, Alpha and Beta Centauri in its neck (swallowed) and Antares (Scorpio) on its back.

Tchingal, the Emu of the Aboriginal dreamtime.

The Alpha Centaurians have shown me memories of bird/raptor beings who entered their system, through the Coalsack (raptor meaning both birdlike and reptilian, as in the small, fast velociraptor species of dinosaurs), established territories, in some cases aggressively (there were also Carian/bird beings of higher Light – Horus-like beings) and ‘hybridized’ human populations already existing there. I feel the emu stretched over the area represented the extent of the reptilian/raptor reach through this part of the Milky Way. The Alpha C system later went through an Ascension (human/reptilian/carian hybrid peoples) and their ships within the Intergalactic Confederation are currently rounding up a few ‘wild horses’…and undertaking another mission here on Earth which I’ll speak of below.

First I’ll take you through my contact with them, which began last September. Prior to conscious contact with any galactics (2012) or ship sightings (2011), came a vivid dream, in 2010, of the nightsky filled with thousands upon thousands of ships, big round discs with horseshoe-shaped rings of lights around their undersides. The dream was a picture of the beginning of a global cataclysm on a ‘timeline’ that our star family averted, in accordance with a decision by the galactic councils. The significant thing about that dream for Now, is that the ships heralded the energetic peak of the Shift/rebirth of Light on Earth.

On September 1, 2014, I dreamed of a horseshoe ship again, and the horseshoe – foot of the horse/centaur – clued me in to its origin. I woke from that dream with a vision of spheres of light floating around the Earth, above the ground, then some of them settling to the earth, actually going into it, half the sphere above ground and half below. The upper half was filled with white light and the bottom half with red light. These spheres of higher frequency light, were being lowered and anchored to the earth, as stabilizing, unbreachable ‘bubbles’ of 5D+ energies. Two days after this dream-vision, a crop circle was reported in the Netherlands (predicted by Robbert van den Broeke on Aug 31, you can read about it here), a horseshoe shape in a maize field. I see/feel this as a signal of the start of grounding the spheres – a decision taken in order to get these higher light spheres below the level of chemtrail spraying so the higher frequencies radiating from them can be absorbed.

Communication began with souls on board a small Alpha Centaurian ship, which I was able to photograph on October 14, 2014. In the close-up, you may be able to see the face of the ship’s captain ‘projected’ within the horseshoe ring of seven lights (which by the way, is the number of nails that commonly hold a shoe on a horse’s hoof; there’s a long tradition in many cultures of both the horseshoe and the number 7 bringing ‘good luck’, associated with Divinity and Life).

Alpha Centauri ship close-up, with an ‘energy projection’ of the face of its captain, Je’errne’on.

This week, their presence has been clear again; they show more spheres anchored with the Earth, in places where energies are opened to the higher frequencies, ley line hubs as well as smaller channels/conduit points, now with a merging of the middle of the spheres into pink light. The spheres generate a Merkaba-type energy, where the white light upper half and red light lower half counter rotate like the masculine and feminine tetrahedra of a Merkaba. The spheres are in fact spinning/counter-spinning so fast they appear to be motionless, but their frequencies flow beyond lightspeed, and radiate higher light-waves. Through the spinning/funneling double helix energies, the crescent (or horseshoe) shield of the Mother holding the Father, births the new Child, completing the ‘seeding’ of the higher dimensional biosphere aspect of Comet ISON, as the Christ energy takes root and sprouts within spheres of high light to support it…and indeed within our own ‘tiny spheres’, our body cells. All is connected, and as we choose to light our own beings with Love, higher frequencies are also birthing in and through us.

Manilius wrote in his Astronomica (1 AD) of the Centaur constellation: ‘His is indeed a calling of skill, not to wait for the cries of pain, but recognize betimes a sick body not yet conscious of its sickness.’

Feel this statement in relation to our Earth now, and the pre-emptive role of the Alpha C’s spheres; impermeable to low frequencies, and in physical, to the more intense UVB and other rays penetrating the weakened magnetosphere/depleted ozone around the Earth. Although their current work is in anchoring and cultivating high frequency ‘pockets’, they are also movable, should this be needed, and as ‘thousands upon thousands’ of them are established, there is less room for lower densities to ‘hold their grip’. Feel the horseshoe energy as the crescent of the Mother’s Bow, being drawn back deeply just before the release of the Arrow. If you’re feeling marked tension/compression sensations, this is the stage we are in right now.

The way to ride it is in constant heart centering, choosing peace, over all other reactions. Be flexible, calm and fluid. If you need to shift your angle, trust yourself and Source, and shift it! This is what our higher dimensional family do – adapt, adjust, and maximize each opportunity, every window, that opens, to propel the Shift, from a heart-space of wisdom and peace. Some on Earth are already doing/being this, and big thanks go to all who are opening and holding channels, conduits, gates to bring in the love.

Yesterday, Ashura (my Twin Flame, formerly captaining the Shem Arua, now the Meri’Ashar) gave this photo of his face in the clouds. Look for a ‘pink butterfly’, which is in front of his mouth and chin. Above it are his nose and eyes, hair frames his face, and there are what look like horns on his head, above his forehead (related to Cerne/Cernunnos energies, the Celtic ‘horned king’ of the forest, see this post). The ‘horns’ also make perfect horseshoe shapes, or indeed a number 3, Trinity energy. The ancient Egyptians and Assyrians regarded the horseshoe form as the ‘Door of Life’, and Chinese astrologers knew Alpha and Beta Centauri as ‘Nan Men’: the South Gate.

Venus appeared between clouds as Ashura gave a visualization of a Pink Star – to hold in the heart and radiate out, through the heart grid, the matrix, to all beings, all Life. Thank you beloved. The meeting of Moon with the planets Venus and Mars, white and red, in the western sky from Jan. 21-23, combines vibrations to the pink of divine Love…and shifts the angle.

Image courtesy of Earthsky, at earthsky.org

Two nights ago, this ‘ray’ formed by a very fast-moving orb angled in from the west, to an ‘anchor’ orb sitting just above the sacred circle (a small open channel to and from the 5D heart of Gaia).

Orbs in pairs descend diagonally into the sacred circle, Jan. 22, 2014.

Everything reflects, dear friends, from the micro level of DNA helix to the shining gateways of the stars. The South Gate of the Centauri stars, pointing to the Southern Cross, is mirrored in the northern hemisphere by the Northern Cross, the constellation of Cygnus, the Swan – and as Ashura appeared last night in the clouds to the north, this beautiful Rose Swan flew across the south.

From Cygnus came the ISON biosphere, in late 2013. Now, as the swan flies deeper through the gates, and we anchor another infusion of Christ Child light that came through on 12:12 of 2014, relax, unwind, and feel the convergence of Love ever more deeply in your being. Share it gently, kindly, unconditionally, with All. Like a butterfly, let’s transform fully into the Joy that is the birthright and birth-rite of our Heart.

Namaste. Much love to you all. ❤ 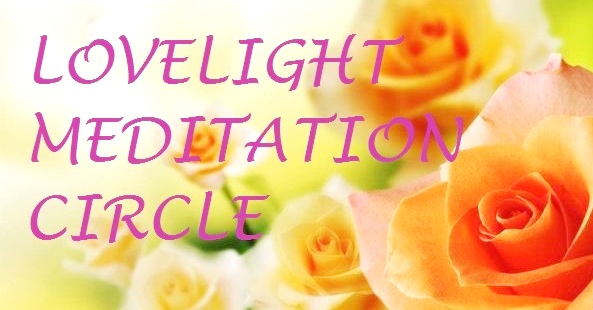