Today I’ll share a happening from two weeks ago, which began with hearing two planes flying back and forth overhead early in the morning. For the last two months, this area has been chemtrailed almost daily, but never with the planes so low overhead. I’ve seen scores of trails dissipated by sylphs or converted into harmless thin wispy clouds by lightships over my home.

On this occasion, December 24, 2014, it was the third day in a row chemtrail planes had flown over between 3- 5am. On going outside, several ‘layers’ of converted wispy cloud patches were already visible. The Shem Arua was behind a large cloud-bank, and one of the chemtrailers flew right underneath it and sprayed a trail.

This news report from March, 2014, came to mind, about a plane flying 23 kms north of Perth airport (about 15 kms from here). The pilot and co-pilot reported seeing a large cylindrical silver object/craft in front of them – and the pilot had to change course to avoid a collision, missing it by about 100 ft (the official aviation report can be read here). At the time, I felt that plane was a chemtrailer in disguise, and the ship that stationed in its path a clear warning to desist. After that incident, I noted far fewer trails sprayed for a few months, then the planes started again. It seems ‘they’ realized the galactics would warn and deter them, but wouldn’t harm them.

While not feeling at risk from the trails, I know for people living in this area, as around the world, this is part of a last-ditch ‘doping’ effort (under the guise of weather modification/geo-engineering/solar radiation management) to prevent Earth humans waking to unity consciousness – and to what is really in the skies in a Love energy above them (starships of the Ashtar Command/Intergalactic Confederation fleets). On calling on the Shem Arua to clear the planes away, the ship appeared on top of the lowest chemtrail, with its outer light-field slowed to a 4D rotation, in which it represents as blue concentric rings. 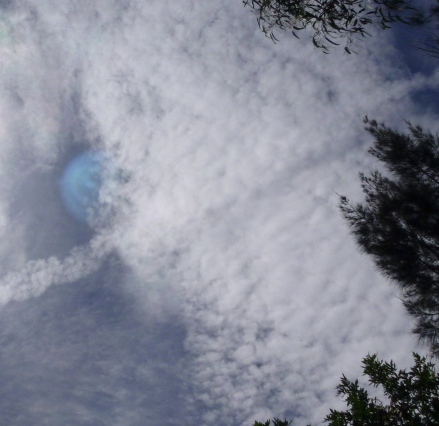 This was followed by Ashura standing in angelic form further along the trail, with green light flowing from him (there are lion faces of our star sister and brothers on board the Shem Arua, forming in the cloud behind/above him). 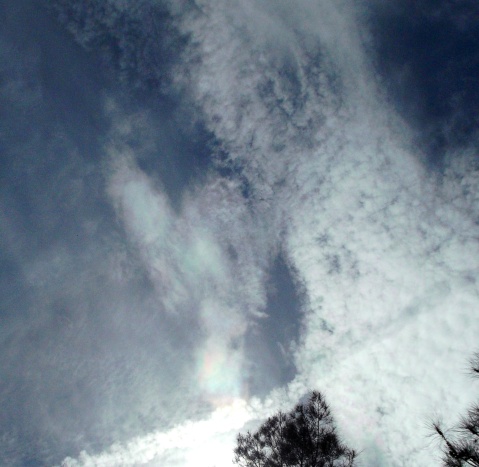 The trail was transformed into wispy clouds, in the form of a dove with upraised wings. Well, it was Christmas. 🙂 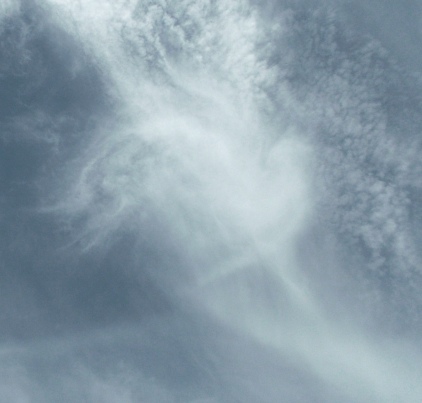 For the next few hours the skies were quiet, before another pair of planes arrived. I connected in inner heart to the core of the Shem Arua and asked again for assistance. The two planes disappeared instantly, there was no sound of them, and they did not return. I felt they had been relocated (later in conversation with Arnap, Ashura in his 5D soul expression, when he was at that time aboard the Shem Arua, he said he put the planes back on the airfield they had come from, and counselled the pilots to find a better line of work, lol). What followed can be seen in the photos below. The Shem Arua was to the west of the Sun, and a single Ibis flew over the roof of the house and upward, east of the Sun. 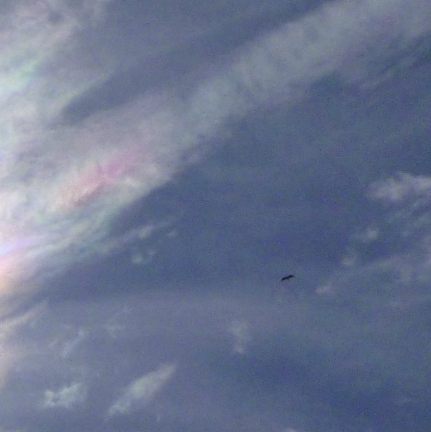 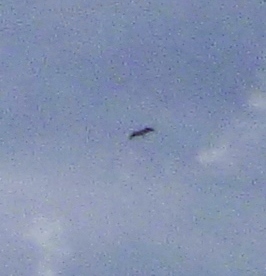 This was the first and only time I’ve sighted an Ibis here, as they don’t live in the hills, but down on the swampy coastal plain area. However, Ibis is an energy of Ashtar (and his family) who was present on Earth as Thoth in Atlantis and Egypt, symbolized as the Ibis-headed god. I first saw his projected energy form as a bird of white light circling a full Moon in early 2013, morphing between eagle, dove and ibis forms.

This time, his Ibis projection curved east up around the Sun, to meet the Shem Arua, which floated up and  over the Sun from the west, in unison. I say projection, even though this Ibis appeared as a 3D bird, because what I watched in 3D was the Ibis soar away to the east…but downloading the photos I’d taken showed something different. 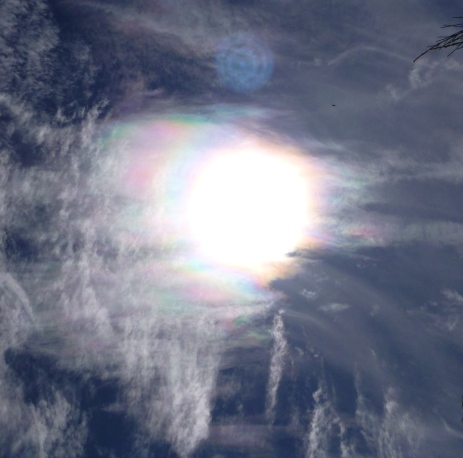 The photos showed the Ibis having curved further west toward the Shem Arua, the opposite direction to what I had visually seen, and coming to a standstill facing the ship with its wings half-open. After that it vanished, and didn’t appear in any more shots. This was a clear message, and reminder, that where we focus from is what we see. My vibration had dropped, because of allowing myself to get rattled by the chemtrails, instead of staying completely calm in love, trust and peace, in my heart centre. Ashtar sent this beautiful reminder of you see according to your vibration, and if you wish to see the Light of higher dimensions, stay in centre…or your viewing will ‘veer off’ at an angle. 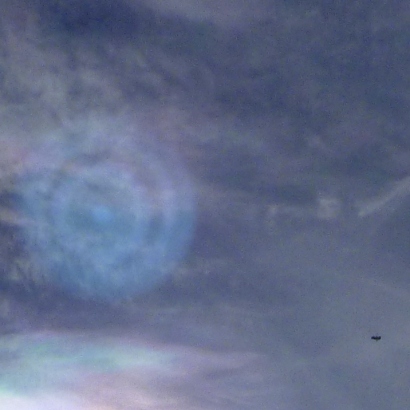 Ashura/Arnap sends this message from the Shem Arua:

Look to that which Eclipses Sun and Moon, call forth that which the Heart already knows. The Bow is strung, the Arrow ready. The Cube unfolds, when the Heart is steady. Anchor with Gaia, breathe the Grace into your centre, Light your Bow, receive the new dawn, its scent (it sent) A Rose, Arrows of Love. We are with you All, in joy!

(NB: Where Ashura says, Light your Bow, he is referring to the ‘bow’ or ‘arch’ formed by the the pituitary, pineal and well of dreams chakras. See the Practices page if you’re new to this site, and to all, remember the peony rose as a visualization for the brain stem/well of dreams chakra. It helps!)

I’ll end this post with a ‘vision’ from Ivan Silovic (given in The Vision Alignment Project) which sums up ‘calling forth that which the Heart already knows’:

Be there. Go there now and never leave. Imagine that your dreams have already come true. Live your life from that mindset. Predicate your behaviour on that reality, not on the illusions that now surround you. Filter every thought, question, and answer from there. Let your focus shift and be born again – because dwelling from, not upon, the space you want to inherit is the fastest way to change absolutely everything.

When we let go old mental and emotional security blankets (disguised limitations) and focus through the Heart, we experience how Source is reflecting to us constantly that we are loved, safe, connected, held and guided, via whatever forms most easily connect us to our highest good, the highest good of all Life. Enjoy, my friends, let your inspiration flow, and see how the universe responds, always embracing you.

With Love to All. Namaste ❤

*For more information about Ashura/Arnap and the Shem Arua see this page.

6 thoughts on “Lights in the Sky Part 3: The Ibis flies”