Before going ‘in deep’ with Venus and the Venusian connection to the shift in frequencies here on/with Gaia, I’d like to give a couple of short updates, firstly from the sky here, and secondly from the beech grove (a ‘micro-node’ of the crystalline heart grid) in my garden. They are interconnected, and I’ll start with the sky of the last two days, April 4th and 5th, the lunar eclipse and Easter.

In the sky, the divine father and mother energies of Source symbolized a global preparation for receiving the ‘child’ Christ light, the re-newal. In the afternoon, for a few minutes, the sun behind thin clouds appeared as a rectangular pillar of blue-white light, with a white-gold V shape on top of it. The V stands for Vega and the first federation in this galaxy, the Federation of Lyra (of which Vega is the alpha star) and the Ashtar Command insignia. The Y stands for the masculine energy (as in Y chromosome), and the male ‘pillar’ and the female ‘V’ in union. The blue-white pillar of light also represents the energy of Avyon (pronounced Aye-on), first leonine and human planet, of the star Vega, translated into Earth energies as Iun in ancient Egypt, and Avalon in the ancient west. So it also symbolizes the energy of the ‘return of Avalon’.

All of this beamed from the Sun for a few minutes. I took photos, but the camera didn’t pick up the frequencies clearly. Later that evening, however, I was able to photograph the lunar eclipse, although as you’ll see in the picture it was hazed by a covering of cloud. Here, the mother energy of the bowl, the cradle and cup, was perfectly represented in a ‘vertical eclipse’…meaning as the Moon was eclipsed from above, what could be seen was a horizontal crescent/bowl. Here it is, with a beautiful light green Orb above it to the left. Green represents the heart chakra, renewal and healing. 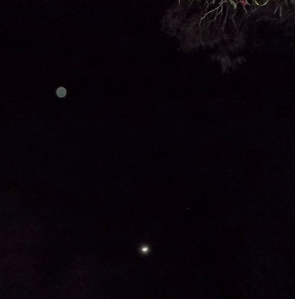 The next day, Easter, following the clear ‘signs’ of the day before, on Sunday the sky was thickly clouded. I heard many planes overhead, not on the usual flight paths, and by the afternoon the sky was striped and zigzagged with dark-coloured trails. Next, the sky turned into an ocean of rolling energies…you can see the shifting, moving and rearranging reflected in the clouds below. This all happened so fast, it was breathtaking, like watching a time-lapse film; except it was present, singing in my heart. 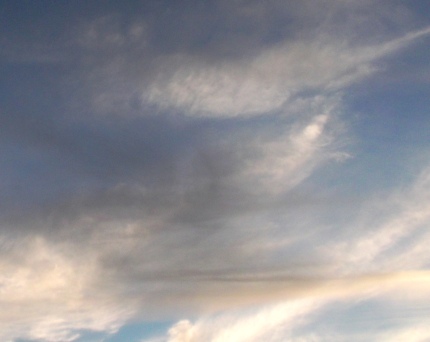 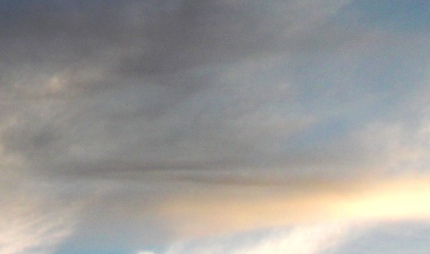 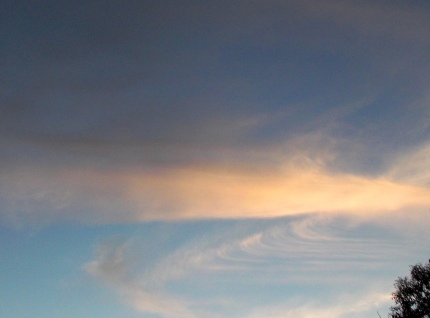 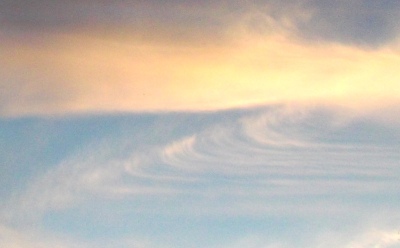 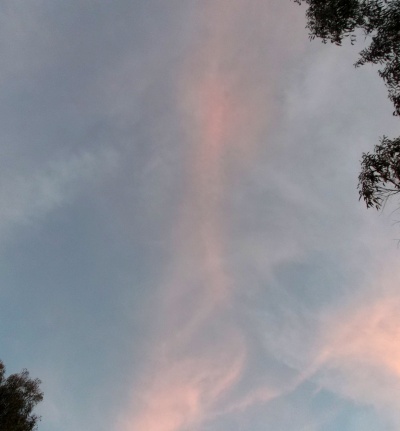 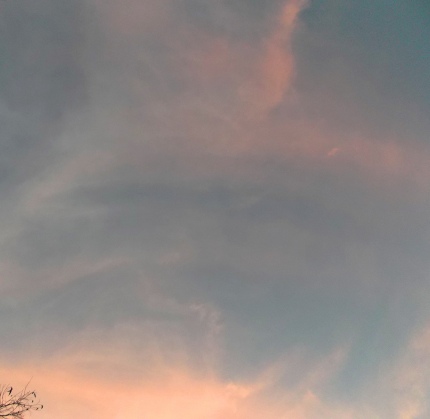 Star family sign their presence, with a ‘V’ in the clouds. More of their imprints can be found on the Sky Signs page. 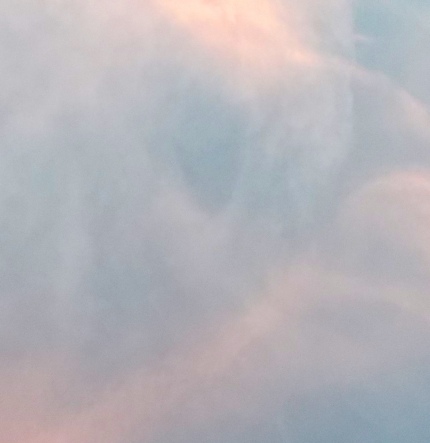 The planes returned again overnight, and all day today, Easter Monday, a strong wind has been blowing, clearing the air, and there are now four days of rain forecast, so we have a super cleanse coming! 🙂

Giving thanks now, to star family, the sylphs, my own higher soul aspects, and beloved Gaia. The cradle of Life keeps being cleared, to receive the Light of Love deeper. ❤

Love to you All, cradling the Light.

PS: While writing this, a friend rang, and into our conversation came the Threefold Flame – reminding me to say here, to remember the Threefold Flame in the Heart, holding and lighting it there, if you need help stabilizing the mother-father-child unifying trinity energy. Which exists in all life, we are just remembering how that merge IS in higher dimensions, and reconnecting our ‘separated’ ego-mind with the feeling and the knowing of the primordial trinity.

This goes hand in hand with balancing the four elements within us, the yin/mother elements of earth and water, with the yang/father elements of air and fire. Through the unity and merge of the four comes the fifth element – ether – fifth dimension. Relax. Open. Love. Trust. Rise.